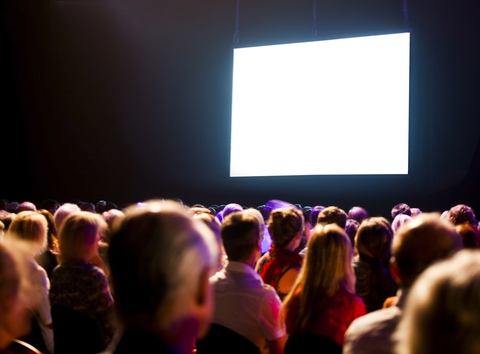 In organizations, there can be too much talking and not enough doing.  Vision without action (or talking without action) is simply wishful thinking or hallucination.

When this sort of behavior is occurring, some leaders tell me “you can lead a horse to water but you cannot make him drink”.  This statement implies that we cannot get employees to take action. That is a cop-out!  The reality for great leaders is that we realize we cannot force them, but we can highly influence their desire to want to drink the water.  We are able to use emotions, thoughtfulness, the right conversations and the right experiences to influence them to drink.

On the other hand, action without thoughtful vision and forethought is simply chaos. If our employees are doing what they do because we ask them to, tell them to, or because they believe we want them to do it, that is the worst reason of all.  That tells us that they are simply attempting to please us or checking all the boxes on their job description, instead of taking the most thoughtful action to help accomplish the vision.

Part of thoughtfulness is getting feedback and collaborating with their teammates.  This enhances the relationships among team members, while also accomplishing sustainable buy-in and execution on the tactical actions as well as the long-term goal the actions support.

Sometimes I ask employees the question: “would you rather attend a meeting or go to a movie?”  After puzzled looks, most often they answer “a movie!”  If that is the case, the leaders of the meetings are not doing their job.

At a movie, on the screen when we see “Joe” walk in the house, we can predict that he is going to get killed, no matter how loud we yell at the screen, what we do on our computers, etc.  We cannot influence the story-line of the movie in any way.  The script is written, the movie has been filmed, the actors paid, the editing done, the movie released to theaters and no one has the capability to change what happens.  Why would I want to go to a movie under those conditions (other than to escape my world for a while with some great entertainment)?

Instead, when going to a meeting, if the leader of the meeting is open to dialogue and I want to make a difference and influence decision/actions from the meeting, then the meeting is a much more valuable tool.  It also does not have to be a long meeting.  With the right meeting, attendees of a meeting should walk out of the meeting smarter, more engaged, increasingly more motivated and have clear actions that they and others take out of the meeting.  In many ways, people being engaged in a meeting have the ability to “write the script”.  They can go ahead and let Joe get killed, or they can save him or… the possibilities are endless!

I believe that most people naturally want to influence what happens. The challenge is that most people are afraid and do not know how to speak up to make a difference.  What ends up happening is they do not influence and they are waiting for someone else (the boss, an assertive meeting attendee, etc.) to take action or decide what to do.  The person that does speak up loses the opportunity to get a different perspective from those that are silent.  Silence sounds too much like consent to the inexperienced leader.  Those “just following” are not as emotionally engaged.  In some cases, they are not connected at all and are just going through the motions.

They Have To “Want To Do It”

Most employees, when we privately interview and survey them, do “want to do it”.  In today’s world, too many of them do not know how or see a structure of how to do it.  Their experience to this point has been with some provided structure from someone else, a rubric to follow, a checklist to do instead of a way of thinking or method of increasing capabilities.  Leadership today is as much about teaching and coaching both individuals and teams to be able to communicate well and to take action with as many tools as you can give them.

A few basic tools we find critical in this endeavor:

On a more advanced basis, some of the tools may include:

If you would like to increase the power of your leaders, teams and culture, give us a call at 800-786-4332, x 108 or email dhadley@appliedivisonworks.com.