Changing The Patterns Of Thinking 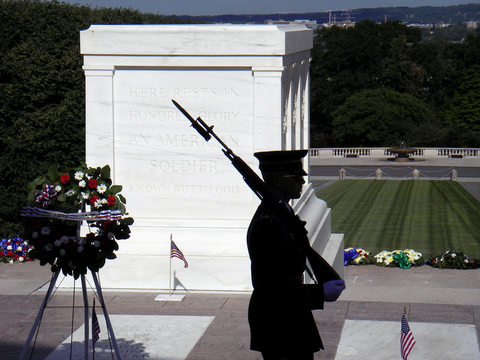 One of the biggest challenges organizations face today is “the changing of the guard”.  The examples below briefly demonstrate how succession (or lack of it) can dramatically hurt or transform an organization:

The head of the company was almost 80 years old.  He was having troubling recruiting and retaining leaders that wanted to run the organization.  None of the existing employees, to his knowledge, had the desire, attitude, skills and habit to be able to run the organization.  Additionally, none of them seemed open to learning his way of running the company.  With his many years of experience, he was not willing to risk changing his methodology.  The company ended up closing and he began to liquidate the assets. Before he was able to close the business, he died. If you listened to what he said, he had been working on succession for 20 years.

A different type of disaster:

The head of a company transferred the ownership to his children.  They worked hard in the business but did not spend time getting buy-in from the nonfamily leaders.  One by one, the members of the leadership team left.  They began to lose other “A” players throughout the culture.  Ultimately, the business downsized by over 40% and has never regained the lost ground.

An example of “almost a disaster”:

One organization had already transitioned to The Next Generation.  Employee morale was low and there was no clarity on how the new leadership was going to operate.  The retiring leaders were beginning to lack confidence in the new leadership since not much was changing.  Cash flow was declining and the new leaders were struggling to incrementally improve (what we sometimes call majoring in minors).  When we were brought in to assist, the question was “should they do anything differently?”  The answer was a resounding “yes” and so we quickly began to work with them on the things that would have made the path much more profitable, easier and productive if they had done it earlier.

Quickly, things began to change.  First the morale improved then the confidence level of the old guard increased. This allowed The Next Generation room to improve strategic key elements for a better future.  Cash flow returned and was actually higher and unprecedented profits became the norm.

Three years before the event:

This company instituted three phases of succession (each lasting one year) over three years before the formal change and two phases that were event based afterward.  These changes went almost unnoticed by employees, customers and suppliers.  It simply appeared to be “continual improvement of the organization’s interactions with the culture”.  The Next Generation was seen learning and developing a connection with the culture.  They began to both learn from as well as carefully mold the culture.  These changes allowed this organization to re-dominate a market it had been not able to even influence for the previous decade.  Over time, this was a resounding success and resulted in a dramatically more powerful and sustainable organization.

Looking back over 30 years of transitions and/or successions that we have been involved with, it is fascinating how I am reminded of two other very famous changing of the guards. These include the Arlington National Cemetery at the Tomb of the Unknown Soldier and at Buckingham Palace in London.  They are different, but have many parallels to business succession.

Questions need to be answered such as: What is our new vision?  What are our goals?  Are we changing business strategies?  What will stay the same and what will change?  Even though you are going toward the same destination, the lack of clear answers to key questions before, during and after succession, employees can feel adrift waiting for confirmation on where the ship is going.

Well done succession at has clarity of the path for The Next Generation of Leaders as well as each employee, department and division.  Too often an announcement is made, but there is not enough detail in departments and positions about expectations.  Some of the best succession plans engage the employees and others for help and feedback.  They use the event to drive additional clarity throughout the organization.  If done right, it can feel like a breath of fresh air.

In business, this practice takes place with the existing leaders to provide feedback as The Next Generation hones their skills to be ready for the change.  It is critical for the confidence of the new leaders to have an opportunity to practice running meetings, building consensus for key decisions or handling a conflict that is occurring between two other leaders.  This is important for them to begin to feel like they can fill the shoes of current leadership.  Most of the best leaders are built over time by having an opportunity to fail while learning several options to handling situations.

Part of what great leaders protect is the morale and the sense of structure of the path in within an organization.  They must do this while handling current and potential challenges and opportunities.  Rarely is there a handoff where within 24 hours “the old is out and the new is in”.  If done effectively before the official event, there is a slow movement of responsibility.  At the official event, the true operational impact may be minimal since it has slowly and quietly already occurred.

In the same way, there is never a really good time to change leadership.  The outside world is always changing, which means all parties are continually working on the business while also preparing for the changing of the guard.  With most of these changes, it is important to prepare the leader for the path and not necessarily the path for the leader. The path will continue to evolve, so developing the capabilities of the leader to adapt and connect to the culture is what is most important.  The development and change needs to continue occurring before, during and after a changing of the guard.

On the other side of the coin, we also see the opposite where succession is delayed because the current generation of leader is unable or unwilling to make the change:

There may be no clear leader: Sometimes with succession at the top levels, you have to bring in outsiders.  Other times you may give those you are uncertain about a shot at it and see if they can rise to the occasion.  We have found that many times the “dark horse” will be the one that turns out to be a great successor and the favorite may not make it.

Overall, succession is challenging, especially at the top of the organization.  At lower levels, transition can be stressful for those involved, but leaders at the top can step in and help to smooth and fix critical elements. If succession is done poorly at the top, you may end up ruining the business and hurting a great many people including customers, suppliers and the community.

Whether it is success at the top of a private or public business (with family, non-family or a combination) or at the lower levels of an organization, succession planning is an important process for The Next Generation end everyone in your culture!

Let us know what type of succession you may be challenged with and we will send you the appropriate version of “The Advanced Succession Strategy Scorecard” to identify your next best steps in planning.  Email a rough context of the challenge you face to dhadley@appliedvisionworks.com or you can call us at 800-786-4332, ext. 108.