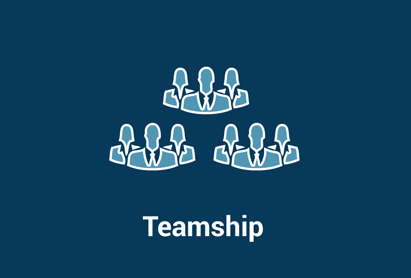 When we think of efficiency, we tend to picture something mechanical like a train–a well-tuned system that chugs along, each part working in unison, creating a beast of unusual power. And it is true that trains are very efficient, which is why when we create teams in our companies, we try to craft the most efficient possible group. Lots of time and money is spent figuring out which teams would have the smoothest dynamic. It turns out, though, that in some cases, we shouldn’t be looking at a train, but at a Rube Goldberg device.

That’s right. Your team needs to be a weird, clunking Rube Goldberg machine, where everything seems like a product of barely-ordered chaos. That’s because what most people consider inefficiency–that is, bringing together people with different experiences, different professional backgrounds, and at different points in their career–can work better than creating teams out of groups of people who were chosen based on their similarities.

The Strange Power of Inefficiency

A Google study on what makes teams work, which took place largely at Yale, found some interesting things. They found that a group of roughly equal peers often made for a weaker team. Companies often think that bringing together people from roughly the same educational, socioeconomic, and career background would create something great. They thought it would be pretty efficient. But it was an efficient way to let bad habits become codified, because there were no checks on behavior, and no differing voices.

Team dynamics are the “unconscious, psychological forces that influence the direction of a team’s behaviour and performance.” The thing is, these are forces that can be guided. If they are not guided, team dynamics often revert to a more tribal state. These forces can lead to a hierarchy of the loudest. This leads to general agreement, or at least consent for the sake of argument, but not toward the best decisions.

The Google study found that teams work much better when there is a variety of voices. You wouldn’t think that a team with a vice-president and an intern and a few mid-level people would be the best choice, but Google found that the cacophony of voices actually helped create a more creative and fruitful dynamic.

It isn’t just having these differing voices, though. As a company, you have to encourage the kind of attitudes that foster creativity, or your intern won’t speak up around the vice-president. For a team to work, everyone has to:

The Need for Written and Unwritten Rules

None of this happens naturally. It has to start from the top. This can come in two forms: culture that is prescribed, and culture that is transmitted naturally. When building teams, we generally start with written rules. After reading this, you may decide that teams with a variety of voices are best, and start to implement that idea. And it’s a good move, but it won’t matter if people don’t feel free to talk or empowered to voice their ideas. That’s where the unwritten rules come in.

It is one thing to say “everyone be respectful,” but employees follow the example of their leaders. There isn’t a single company without a high-minded mission statement; it is up to you to put it in practice. You do this by living what you preach. Listen to everyone. Don’t dismiss an idea because it comes from an unlikely source. This doesn’t mean having your door open to every first-year who thinks that implementing a “deskside guacamole service” in the office is the key to capturing the market, but it does mean that you create a culture where people’s ideas and hard work are valued.

A rule can be unwritten, but only if it is understood by everyone. If leadership sets an example, and encourages the right kind of behavior, it will seep into every team and every group. If people are encouraged to talk, and know that others will listen, they will feel encouraged to do so. That’s the kind of team dynamic that makes the whole company more dynamic in turn.

Do you want to learn more about how to create a culture where diverse teams can thrive? If you need help bringing productive chaos to your business, contact Applied Vision Works today.