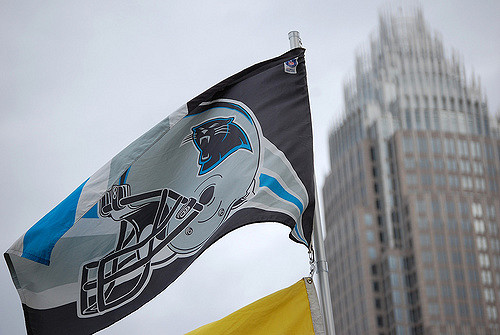 It was 4th down on the two-yard line, early in the first quarter of a September 2013 game between the struggling Carolina Panthers and the go-nowhere Giants. The choice to go for it or not was a seemingly obvious decision. Of course, you kick the field goal. You “have to take the points here,” as announcers are fond of saying. Panther’s head coach Ron Rivera was perhaps the perfect example of a by-the-book coach. Generations of coaches had kicked the field goal here, and Rivera always followed precedent.

Not this time though. For a few years, stat-focused fans had pointed out that it makes sense, depending on field position, to go for the first down if you need two yards or less. The average play would gain that, and you had more to lose by not taking a risk. However, no one thought that Ron Rivera would be the first to really implement this strategy. Eyebrows arched when he kept the offense on the field, and it paid off.

Rivera showed a willingness to be flexible, to learn from mistakes, and to try new paths when the old ones weren’t working. In being flexible, he demonstrated true leadership, the kind that leaders in any industry can learn from. The Panthers never looked back, culminating this year with a trip to the Super Bowl, and in doing so, showed the power of cognitive flexibility in leadership. This kind of flexibility is known as cognitive flexibility– it’s the ability to think about multiple options simultaneously, and to go quickly from thinking about a problem one way to thinking about it in a totally different way. Cognitive flexibility is an asset in many situations, but it’s especially important when it comes to running any business like a nimble small business.

The Power of Cognitive Flexibility in Your Organization

I know a guy who works for a young, new company, barely three years old. He realized that one step in the workflow–sending a report to several employees for their feedback–was unnecessary and slowed down the process, since most of those giving feedback weren’t directly involved with the project, and needed the details explained before they could give a critique. My friend wrote an email to his boss saying they should think about changing it. His boss said that she agreed, but the CEO felt it was the way they had always done things, so why change now? If this can happen in a three-year-old company, think about older businesses in which the same processes have been used for over 25 years!

This kind of institutional paralysis, passed down from employee to employee, is common when there is no cognitive flexibility, especially in a company’s leadership. An organization’s culture becomes calcified like this when employees lack an awareness that there are alternatives available, and when they are not willing to adapt. This is especially true in medium-sized and larger businesses. While many small businesses are able to remain nimble, in larger organizations, processes are more complex, and, because of that, more rigid.

Take, for example, a giant fast food chain. Imagine a leadership that saw huge profits for decades, and assumed that they knew what people wanted. Over the last 15 years, as healthy eating became not just trendy, but overwhelmingly popular, the leadership refused to budge. There was one way of doing things. Profits tumbled, share prices fell. Finally, new leadership came in and recognized that it was important to be flexible, and to change decision-making processes to adapt to what the market wanted. They began offering healthier options, and regained a solid footing.

The Process, Not the Course

It isn’t the course that matters. A top-heavy company could decide that delegating responsibility downward makes sense, or a holocracy might decide that maybe some order is needed. The point is the willingness to embrace that what you were doing might not have been the best course, and to stop throwing good money after bad. Cognitive flexibility is about seeing that there is more than one option, being willing to take that alternative path, and being confident that you’ll be able to successfully navigate the new direction.

Being flexible isn’t just jerking the wheel the opposite way, though. Here are some steps to take as you mindfully work to lead in a flexible way:

The Panthers didn’t win the Super Bowl. But you can count on Rivera not to say “Well, we made it, so let’s do the same thing next time and hope it works out a little better.” You can count on him to adjust, to tinker, to learn more, and to maintain the cognitive flexibility necessary to imagine a different path, and to take that path, if necessary. And that’s the mark of a great leader. At Applied Vision Works, we help all kinds of companies learn how to stay nimble, and we’ll work with your team to get them thinking in a flexible way. Contact us today to learn more about our team building and leadership development programs.