Always Find a Way to Win 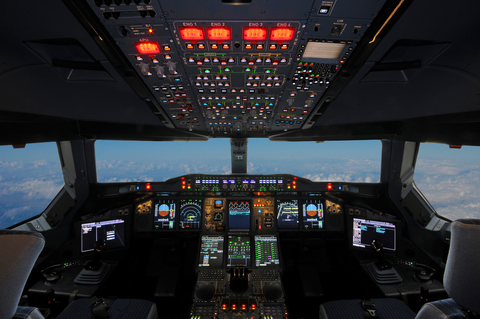 Running an organization is like flying an airplane, although it is not as dramatic. When an airplane has a warning light go on, the crew reacts. In business, too often leaders wait to see what happens…and they wait…and they wait… and by the time the crash occurs, it is too late.

We have identified seven typical situations where we see slow death occur within organizations. Leaders in these situations must make changes to get to a new and better reality.

Business can be exceptionally hard and sometimes we get caught between the proverbial ‘rock and hard place’. The Vision is what helps us see the Promised Land and keeps us motivated even when parched, lost and frustrated and wandering in the desert. Without the Vision, without hope, people resign themselves to doing the same old thing rather than looking for how to make a difference. They lose the creativity and spark necessary to energize the people towards results. A compelling inspirational Vision is needed so people can rest for a while, and then go back into battle refreshed with renewed vigor.

There are people who could be incredible leaders, but they are waiting for the position that will give them the authority to do what they want. They are waiting for someone to give them approval and reassurance to do what they believe is right. As they wait, the opportunity to help the team, the organization or possibly a struggling fellow employee become more aware and approach daily challenges with new life disappears. These people see leadership as a power bestowed on them as a gift from the outside world, rather than a sense of urgency and internal responsibility required to powerfully engage in each and every interaction. They seek authority without realizing they already have the more powerful tool of influence.

The biggest excuses that cause slow death are either “we/I are just trying to survive” or “we are doing fine just as we are”.   This prevents time and energy from being invested in building a better future. Just living in the present and doing what needs to be done right now is all that seems to matter to the groups that have these ailments. Sometimes these teams are incredibly efficient and effective in the moment, but ultimately a something will occur that they are unable to handle because of the failure to increase their capabilities or look ahead. To stay prepared and to take the right actions, we must be scanning the horizon, staying in front of challenges and serving the business as well as those for whom we are responsible.

This looks like the reverse of slow death. It happens because leaders feel as though they should have all the answers and react strongly to every possible problem. Fatigue will set in. Team members will quit fighting each of the battles and simply wait out those overreacting. It is a slow death, because after a while, it is incredibly difficult to distinguish between a minor paper cut and a swift moving terminal cancer. “A” players won’t join the team or they will choose not to stay. This atmosphere is too exhausting and too melodramatic, like a soap opera that never changes.

Politics are problematic because people tend to make decisions based on compromise and hidden half-truths. This culture breeds mistrust and incrementalism within the organization. Recently we did a culture survey for a client and found that 98% of their people planned to stay with the organization, but 51% of those people felt the organization could make no progress due to the political games being played. What made this so interesting is that the leaders of this organization are very nice people and never want to upset anyone. They chose not to deal directly with issues and which allowed the problems persist but were reluctant to take a stand and eliminate these concerns.

Sometimes we see teams that are struggling and who feel that they are failing. Once we observed a team that was about to reorganize (e.g., change processes, fire some people, rearrange positions, etc.) because they felt they were unsuccessful.   However, looking back over the past 3 years of financials and their customer satisfaction ratings gave them a whole new outlook. They realized that what they were doing was in fact working. They were simply not looking at the whole picture and didn’t recognize how far they had come. (Additionally, they were a new division with a new product that was taking time to get it up to speed.) Once they realized they did not need to make that many new changes, a burst of energy and attentiveness to visualization of the future created a brand new environment and positive results.

Some leaders and teams talk a great game, but once they leave the room, it’s back to ‘business as usual’. They are too scared to take risks, not brave enough make changes to a new process or plan. Without risk taking, it is not possible to know with certainty how to make something better. Leaders must show their employees, suppliers, and customers that taking chances is how real growth occurs. The understanding that even if they look stupid or even if the plan fails, an understanding of what not to do is found – sometimes that is just as valuable as succeeding.

Symptoms we see when slow death is occurring:

If your organization is struggling with one or more of the above issues, contact us at 1-800-786-4332 x106 or email Candace at cclemmer@appliedvisionworks.com. We will engage in The Discovery Session with you and discover what you need for your next big leap.