What to Do About Eeyore 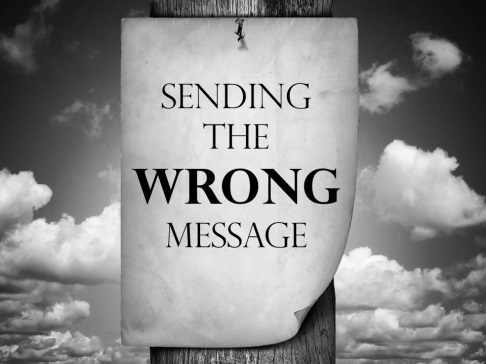 There are times in business whether you are an employee or a leader that the message we think we are sending may not be the message that is received.  Whether this misinterpretation is from the hectic work pace or from past experiences – we do not know nor can we control.  However, we can work to control the actual message and means in which it is sent to limit the interpretation.

A while ago, I spoke with a leader of a successful, growing organization.  He informed me that while the organization was having success, the team seemed tired and “out of steam”.  Frustration had begun to build.  As the leader sensed this, he wanted to wait and see what happened.  We encouraged him to engage his people.  He finally agreed and it’s a good thing, based on what he found out.

What he had discovered was that while the team was excited by their successes, they were also tired.  The team felt they could never be good enough for him (the leader) because he kept pushing them further and faster.  They knew he cared, but did not feel he cared about them.  The team was withdrawing from discussions with him and each other.  These discussions could help them beat the tiredness they were experiences.  To the team, work had become an endurance contest.

Wow!  He just about had a rebellion on his hands.

In another recent case, we are able to see that perception and reality were providing two different messages as well.  We had two leaders go through AVW 360 Leadership Assessments.  One was shocked to find that his people felt like he was difficult to approach.   Some feedback he received that he was unaware of was:

This leader’s employees knew he cared about the business and them; however, they knew the leader cared about excellence as an organization.  It was difficult to get through to him without a lot of negative feeling conflict.  Like the leader above, they had some beliefs about him that were not accurate.  This leader did care about both the employees and the organization.

However, as the saying goes, perception is reality.

Both leaders are great leaders today.  One is in a growing organization and the other is in a stable organization.  Both are making money.  Both care, love and appreciate their people, but the message their people were getting was different.  The danger with this is that if the perception is not dealt with, they will not only get lower level results, but also over time, they may lose their best and most important people.

Three things for you to ask about the messages you may be sending:

For a better understanding of making sure perception and reality are the same, contact our expert Guides.

Our expert Guides can help guide and work with your organization to increase the effectiveness at resolving problems from the bottom up, rather than the top down.  We also provide programs for the 3 Rs (Recruiting, Retaining, & Retiring) your employees, along with other Human Resource tools, Strategic Planning, and Improving Communication.  We have over 50 years’ combined experience in building strong and effective Leaders, Teams, and organizations to help you on your journey to success.

Your success is in plain sight; it just takes determination and action!  Contact us for your complimentary session by calling 800-786-4332, or email Info@AppliedVisionWorks.com.  It only takes 30 minutes to get started!