Does Your Mentorship Program Retain and Motivate Your Best Employees, Or Just Frustrate Them?

Not Just a First Quarter Play: Executive Coaching Plans that Adapt to the Lifecycle of a Leadership Career 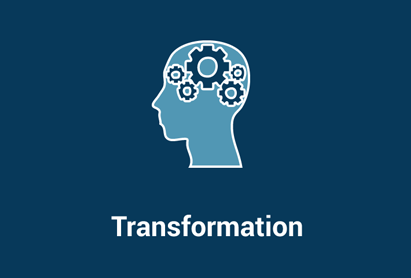 Inspiration for leadership comes in a lot of forms. Some people get inspired by reading memoirs of great generals or titans of business. Others go to conferences, where they hear influential speakers and converse with their peers about winning techniques. Sometimes it’s just trial and error. But there’s also another way to take inspiration for your own leadership strategies. Sometimes, all you have to do is look around at the world, see what other people are doing, and say: “Nope.” There are many obstacles that can stand in the way of being a successful leader, and some of them are behaviors you exhibit yourself – things you may not even realize you’re doing. Understanding how to fix certain flawed work habits, or knowing how to avoid them altogether, is just as important to successful leadership as emulating the greats.

Let’s talk about the case of Gerald Boyle,[1. “Gerald Boyle takes on another high-profile case — his own,” Oct. 2015, http://www.jsonline.com/news/wisconsin/gerald-boyle-takes-on-another-high-profile-case–his-own-b99593593z1-331925931.html] the famous attorney who defended such high-profile clients as Jeffrey Dahmer and former Green Bay Packer, Mark Chmura. These days Boyle is defending a new high-profile client: himself. The attorney is accused of missing key deadlines, and clients have complained that Boyle did not set clear expectations when he was taking retainers. Consequently, the attorney now faces sanctions that could result in the suspension of his law practice for sixty days.

Was procrastination to blame in Boyle’s case? It seems like it might have been part of the problem. If you put off tasks today, it usually goes that those tasks will become the fires that you have to put out tomorrow.

Here’s how it works: When making your to-do list, put the items that are most important but have no set deadline at the top of that list. Then, make items that do have a strict deadline the second and third task, and so on. Why does this work? Procrastinators tend to delay the most important items on the list while dealing with items of secondary importance first. So if you put the most important items second or third on your list, you are tricking your procrastinator brain into doing those items first – which is what you really want!

A lot of people don’t realize when they’re interrupting, but it can be dangerous not to pay attention to this bad habit. Interruption is a sign to co-workers that you’re not listening to them and that you don’t value their opinion. There’s rarely a time when it’s an appropriate reaction — interrupting others will almost always make you look bad.

Remember Kanye West at the 2009 MTV Music Video Awards? West jumped on stage and interrupted Taylor Swift as she was trying to give her acceptance speech for Best Female Video, claiming that Beyonce was the rightful winner.[2. “The Kanye West in All of Us,” Mar 2015, https://www.psychologytoday.com/blog/the-second-noble-truth/201503/the-kanye-west-in-all-us]  In the end, it didn’t really matter what West was trying to say — viewers and critics focused on how he said it. By interrupting Swift, people concentrated on West’s rude behavior, and his point was lost in the drama.

There’s a psychology behind why people dislike Kanye West, which can best be summarized by this statement from famous psychologist Carl Jung: “Everything that irritates us about others can lead us to a better understanding of ourselves.” Interrupting is a sign of arrogance — it indicates that you value your opinion more highly than others. Some people may have more Kanye West in them than they realize: that they don’t acknowledge, it just causes them to interrupt even more.

Does any of this sound familiar? If so, the key to ending your urge to interrupt is to first acknowledge that you do it in the first place. The next time you’re in a conversation with someone, ask yourself this: Are you actually listening to them, or are you planning what you’re going to say? If you find it’s the latter, you’re not listening, and that means you’re far more likely to interrupt. Instead, practice active listening. When talking with a co-worker, absorb what the person is saying, and don’t give your two cents until they invite you to respond. By forcing yourself to listen, you’ll end your need to interrupt.

Famous intellects like Einstein are known for their messy desks, and certain studies have even shown that messiness is a sign of creativity. But there is a difference between being messy and being disorganized. If you’re a messy person but still organized, you know where important things are located, and you know when you have a phone call or meeting. When the mess leads to disorganization, you need to reconsider your habits.

Perhaps you’ve heard that the majority of silent films made in America before 1929 have been lost.[3.“Thousands of silent Hollywood films ‘lost forever,’” http://www.telegraph.co.uk/news/worldnews/northamerica/usa/10499151/Thousands-of-silent-Hollywood-films-lost-forever.html] Sure, some of it was deliberate — producers were known to toss film to make room for the more popular “talkies.” But much of the loss was due to negligence and disorganization. In fact, the majority of silent films preserved during this time period were found only because they were distributed outside of the US. Now there is a huge effort by the Library of Congress to either find these lost films or simply verify that they’re gone for good. The problem is that the mess is so disorganized — films turn up everywhere, from antique sales to barns, with no trace of how they got there.

Disorganization is much harder to fix once it gets out of hand. In the case of the lost silent films, implementing a strict archiving process from the beginning could have prevented some of the sprawling mess today.

If you’re the kind of person who can never find important paperwork in your messy desk or commonly misses appointments, chances are there’s no method to your madness. To fix the organization problem, try what many major organizations are doing and go paperless. It’s easy to lose things in a pile of paperwork in a drawer; it’s much harder to lose that paperwork when it’s scanned and properly labeled in your computer files.

While messiness can be remedied, disorganization cannot. It causes missed appointments and failure to follow up on important matters. If you’re messy individual, going paperless might allow some system to your chaos. In addition, you should set aside time every week in order to ensure that everything is where it needs to be. By being proactive about your messy habits, you’ll be able to manage the clutter before it gets out of control.

Having a bad habit or two is nothing to be ashamed of. But when those bad habits have the potential to impact your career trajectory, you need to take steps to correct them before you can continue on your path to being an effective leader. At Applied Vision Works, our leadership training can help you fix your bad habits with our 35 principles of leadership. Contact us today for more information.