Capabilities Required To Have Good Conflict Or Intense Fellowship

Does Your Mentorship Program Retain and Motivate Your Best Employees, Or Just Frustrate Them? 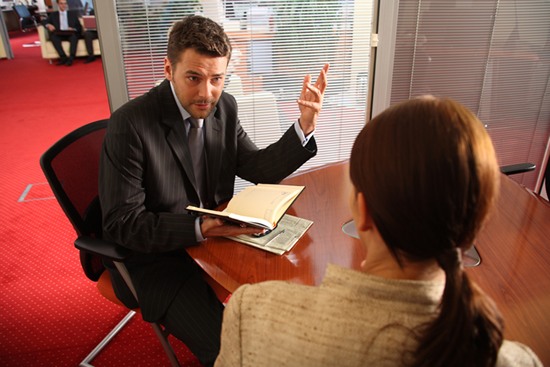 Mentoring relationships should strive to adapt the wisdom of the mentor to the specific goals and challenges of the mentee.| Image Attrib.: Flickr user thinkpanama

Mentoring relationships should strive to adapt the wisdom of the mentor to the specific goals and challenges of the mentee.| Image Attrib.: Flickr user thinkpanama

Mentorships are, in their essence, about how the past and present interact with the future. They are about taking accumulated wisdom, both personal and institutional, and giving it to the next generation of workers. The process is more complex than that, though. Mentoring isn’t about presenting hidebound and static wisdom, but about adapting the wisdom to contemporary and future challenges. It is strange, then, that so many mentorship programs are static, and focus only on one style of mentorship. Certain mentorship styles work better in certain situations, which is why companies should be familiar with all styles, and mentors should know when to use them.

If you want the perfect example of a formal work environment, the military fits the bill. It’s probably one of the most rigidly structured working environments an employee can enter. While enlisted members will go through basic training in order to help them learn to adhere to the rigid structure of military life, there used to be little in place for the estimated 330,000 civilian positions that the military employs. So the military created a kind of basic training for new civilian employees, run by the the U.S. Army Installation Management Command (IMCOM). In it, senior civilian employees are paired with lower level employees. The mentees are able to learn about military protocols and procedures from someone who’s lived through them. At the end of a program is a test that the mentees take, evaluating their real world abilities to perform in these higher level positions. As a result, the military is able to tell who is truly prepared to move up in the ranks of the military’s civilian workforce.[1. “IMCOM offers employees mentoring experience,” http://www.dothaneagle.com/army_flier/news/imcom-offers-employees-mentoring-experience/article_1c81014c-57c7-11e5-8c3c-2b49952118a8.html]

The problem companies can run into with formal mentoring programs is simple non-participation because of a program’s over-rigorous demands. These programs can be demanding on the mentor’s time and too structured for many employees who value independence in the workplace. This is becoming even more of an issue with the fiercely independent millennial generation. I once did some mentorship-related consulting for a call center company. The center had it set up so that every single new employee was given an experienced employee as their mentor. One of those experienced employees took her job a bit too seriously, to the point where she would go over every aspect of the employee manual with them, including the section on personal hygiene. As you can probably imagine, more than a few people took offense to their mentor telling them how important it was to shower every single day.

While an extreme example, keep in mind that when in a formal mentorship, there is a difference between directing an employee and being condescending. Certain things are common sense and not every single aspect of the mentees work needs to be managed.

When our clients establish mentorship programs, they oftentimes end up going in a more informal direction. There are a number of reasons why. Oftentimes the most valuable employees whom the mentorship relationship is intended to retain are already performing well, and their primary concern is simply advancement in the company. Other times one or both parties are so busy that a formal relationship isn’t practical.

You may have known that Warren Buffet credits some of his early success to his mentor Benjamin Graham. But did you know that Buffet wasn’t even working with Graham when he chose him as a mentor? Instead, he read his book The Intelligent Investor and decided that he wanted his career to mirror Graham’s. Buffet began reaching out to Graham, until he eventually got an invitation to work with him. He took the opportunity and learned from him, until he was ready to open his own investment firm. Through the years, he maintained contact with Graham, taking the principles of investing he’d learned from him and turning those principles into a $50 billion business.[2. “3 fundamental lessons Warren Buffett learned from his mentor Ben Graham,” May, 2015, http://www.businessinsider.com/lessons-warren-buffett-learned-from-benjamin-graham-2015-5] Informal mentoring relationships, like the one between Buffett and Graham, can often be made outside of the company, but can be encouraged within the company as well.

Much like with Buffett and Graham, the mentor in an informal program serves more of an advocate and guide role, allowing the mentee to make their own decisions and learn from them. While the mentor might help the mentee set goals, they won’t be looking over the mentee’s shoulder, making sure those goals get completed. These informal relationships are a great option for experienced or ambitious employees who want to grow in their roles and are ready for independence. Most of the time, these relationships start not because of a formal program, but because the mentee sees something in the mentor that they wanted to emulate.

Problems with this style can manifest because, with no set structure, the relationship can veer so far off the mentorship path that the two just become office buddies. While friends are great to have, the goal of mentorship is to make you a stronger, more goal-oriented leader. My first mentorship relationship ended this exact way. My mentor was a senior level manager that the company assigned to me. He’d set up weekly meetings, and then, during those meeting, I’d have nothing to say and no questions to ask. It got to the point where we’d do a lunch meeting and spend more time talking about what a great year the Patriots were having than work. Meanwhile, when I did have questions, I’d feel weird asking them during non-meeting times, because we’d just spent an hour together at lunch. While, to this day, we’re still great friends, we never really managed to gel in the mentor/mentee area.

To avoid this, mentors should make themselves available to their mentee, rather than just springing meetings on them, where the mentee might not be prepared enough to get anything useful out of them. Create some open office hours for the mentee and allow them to use them as needed. I imagine that if we’d worked our relationship this way, my old mentor and I probably would have gotten a lot more out of the relationship.

Trading Skillsets with a Situational Mentor

Finally, there is a third, lesser-known form of mentorship called situational mentorship. Sometimes companies have formal mentoring programs in place, but their high level executives won’t sign up. They simply don’t have the time required to commit to the project. So these companies loosen the restrictions, creating a flash mentorship program where mid-career employees can meet with higher ups on a one-time basis to confidentially discuss their goals, career plans, and gain advice from their executive’s knowledge. This program works off the principle that a little mentoring is better than none at all. By creating flash mentoring, a form of situational mentorship, companies are able to get more executives involved, and allow mid-career workers to benefit from their executives’ knowledge.[3. “Flash Mentoring,” http://www.govexec.com/excellence/management-matters/2007/08/flash-mentoring/24975/] Situational mentorship is flexible and allows you to hit the high points of mentoring, without having to invest in a longer term relationship. It’s a particularly great option when someone is working on a major project outside of their skillset and wants to hook up with a mentor who has worked in the area they need to learn about to resolve an issue quickly.

Making the Mentorship Match the Goals

The goal of mentorship is to help people reach their goals by emulating the success of others. By adjusting the mentorship style to meet the specific needs of the individual or situation, the goals of the mentee can be more easily achieved. Mentorship doesn’t have to be formal to work. It just needs to be tailored to the overall goals of the mentees and the company.

At Applied Vision Works, mentorship is part of our process. We’ve been in the business of helping executives and organizations reach their goals for 30 years, and our process is proven to work. Contact us now to discuss how we can help mentor you to reach your goals.