This Is Not Your Average Mentorship: Uncommon Mentor-Mentee Pairings Can Have Unique Benefits for Your Company

Changing the Paradigm of Leadership: Why Humility, Not Charisma, Is the New Leadership Quality You Should be Looking For 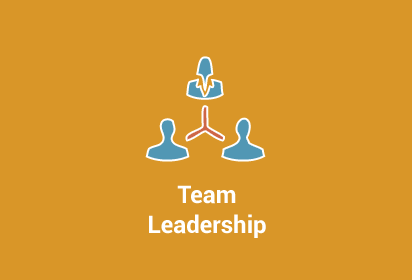 When choosing new leaders, one of the first things employers often zero in on is charisma. The problem with this is that those good people skills don’t necessarily translate into good leadership skills. While charisma is certainly a wonderful trait to possess in a leadership position, there might be another, more fundamental character trait that you should be looking for in your leaders. Humility.

A Lesson Learned in Charisma

We’ve seen firsthand the problems that choosing a leader solely based on charisma can cause. We once helped an insurance company where there was a salesman that management loved. He was attractive, energetic, athletic, and could talk for hours to clients about their favorite hobbies and sports teams. Everyone liked him. It was very hard not to. Seeing potential in him because of this, management decided to put him in a leadership position.

It quickly became a disaster.

His employees didn’t get their work done on time. Clients didn’t get the service they expected, often calling the manager and not getting calls back. His numbers were down and complaints were up. While he was one of the most likeable people in the office, and a high sales earner, he didn’t have the leaderships skills needed to be a manager. The problem was that management had been blinded by his charisma, mistaking it for something else. The manager eventually stepped down and another one took his place.

This next manager wasn’t charismatic. He was quiet, introverted, and very analytical. It was only when they looked at his prior performance reports that they realized he’d outperformed the other manager on every level. Despite his lack of charisma, he was able to get the department he took over back on track after only a few weeks in his role.

It’s About Leadership Skills Just as Much as People Skills

Employers who choose individuals for leadership roles based solely on their charismatic ability often confuse the difference between leadership skills and people skills. While charismatic leaders might be great at getting others to follow them, those people are often following them because of their charisma and not their ideas or other important leadership qualities.

Consider the case of Jean Marie Messier.[1. Heffernan, Margaret. “Why You Should Avoid Charismatic Leaders.” CBSNews. CBS Interactive, 21 Mar. 2013. Web. 24 Nov. 2015. http://www.cbsnews.com/news/why-you-should-avoid-charismatic-leaders] Messier was the head of a water company called Vivendi, but decided that it was time to expand into multimedia. This was an area he knew nothing about. However, he used his charisma to get the board of directors to back the deal, despite the fact that there was no strong reason to do so. As a result, the company lost nearly $12 billion following the expansion.

Humility Is the Key to Good Leadership

While humility is often overlooked as a point of strength in our competitive workplace, the truth is that humble leaders can develop a nurturing and positive environment and are more likely to listen to others and share credit. However, there’s also an important psychological aspect of humility that lends itself even more to workplace success. It’s called the Dunning-Kruger effect[2. Wolchover, Natalie, “Incompetent People Too Ignorant to Know It.” LiveScience. TechMedia Network, 27 Feb. 2012. Web. 24 Nov. 2015. http://www.livescience.com/18678-incompetent-people-ignorant.html] and it simply means this:

This was the result of a series of studies done by two researchers at Cornell. Groups of people were tested on a wide range of subjects. While the results were important, the more important part happened prior to the test. The participants were asked to assess their own abilities and predict how they would do on the test before taking it. In just about every instance, those who said they’d test above average almost always tested in a much lower percentile, typically in the 10th to 15th percentile.

Leaders with more humility are willing to listen to outside ideas and recognize when they might be out of their realm in a given area. This openness and willingness to adjust to circumstances is an essential trait for leaders to have and allows a good leader to adapt and make necessary changes in their company.

When dealing with a choice between a leader who is charismatic and one who has humility, the humble choice, while perhaps not the most obvious, will often be the choice that leads to the most success. Whether that leader is an introvert or an extrovert, humility is a key part of the leader making good, logical decisions.

Many aspects of charisma can be taught. The key is making sure that you’re choosing the right leaders to begin with, and not overlooking those subtler and deeper qualities that are the foundational traits of a great leader.

When you do identify these potential leaders, one great way to help them expand their skills is to send them to our Key Leader Development Summit, scheduled for January 2016. There, they can learn the skills necessary to becoming the effective leaders your company needs.