Equal To The Love You Make: Improve Your Company Culture With Charitable Giving

From Raleigh to Your Office: Change Your Perspective and Embrace the Platinum Rule to Achieve Success for Your Clients and Your Business 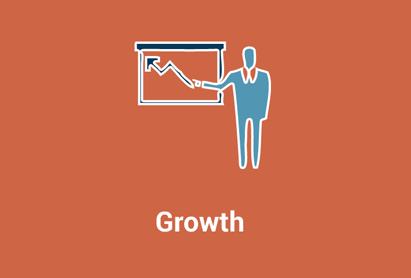 When you take a look at the front page of the business news in North Carolina, you’ll probably see a common theme. Despite the fact that the state is largely involved in manufacturing and agriculture, the front page has recently been filled with headlines about new technology and big conglomerate mergers. Companies in more traditional industries, like those in manufacturing, construction, and others, don’t often get a lot of attention. That lack of attention can make it difficult for them to build a brand, gain a following, or get investors. That’s why many businesses in North Carolina are turning to foreign investors to get funds, create buzz, and increase their competitive advantage.

The $218 million dollar mill will employ about 500 people and help build North Carolina’s economy. Lest you think this was a one-off event, Keer isn’t the only company that’s feeling the impact of foreign investors. A number of leaders in North Carolina’s business community recently took a trip to China in order to garner interest in North Carolina’s various industries. The group was lead by North Carolina’s Commerce Secretary John Skvarla and is the second trip this year to the region. Such trips have already led to about $340 million worth of investments in community businesses by Chinese firms, including a $122 million office tower being funded by China Orient Summit Capital, which is currently under construction in Charlotte.

This is great for those practical, steadfast businesses that people need, but which may not be exciting enough to grab headlines. So many investors want to put their money into the hottest, most exciting new app or piece of technology, which means other industries can have trouble gaining attention. However, these businesses are an important backbone of our community, which is why some turn to foreign investors to gain necessary funding and generate buzz in the investment world.

Why Go With Foreign Investors Over Domestic?

When you hear the words “foreign investor,” you might think that’s something that’s reserved for huge, conglomerate corporations. However, that’s not necessarily the case. Consider an economy like China’s, where many investors in the East look to the West for stable businesses that have lots of growth potential. That means looking to mid-sized companies that have a solid, dependable business plan. While the American public may be more interested in “new and buzzworthy” than “solid and dependable,” foreign investors are looking for something different. These investors are seeking industries and businesses that have proven track records. An additional benefit for companies that see foreign investment is that the foreign investment can create buzz, getting other investors to notice the potential of a company.

There are few industries that could be deemed less sexy than the fertilizer industry. However, that’s exactly what brought Ronald Wilson, CEO of Ireland-based Monaghan Mushrooms, to the US. Wilson was actually attracted to investing in the US when a team of state economic officials met with him at Obama’s international investment summit in Maryland—a government-sponsored matchmaking session that aimed to catalyze relationships between foreign investors and US economic officials. Wilson was, in fact, looking for chicken manure: a key ingredient in growing mushrooms. Fortunately, Idaho was able to step up to the plate. [2. Hotakainen, Rob. “Idaho Eyes More Foreign Investment to Boost Its Economy and Profile.” McClatchy DC, 27 Mar. 2015. Web. 07 Dec. 2015. <http://www.mcclatchydc.com/news/nation-world/national/economy/article24782218.html>.]

Idaho is a state that turned to foreign investors to help their economy grow by implementing the Idaho Foreign Investment Promotion Program. [3. “Foreign Investment Promotion.” Idaho Commerce -. Accessed December 18, 2015. http://commerce.idaho.gov/idaho-business/international-trade/export-services/foreign-investment-promotion.] As a result, the state gained $382 million in revenue and garnered 835 jobs The move attracted more foreign and domestic investors to the state, helping to boost their economy. Often, the first investment will start a domino effect.

There’s a psychology behind this, as the more people who invest, the more interest that business gains amongst other people who may want to invest. It’s called social proof [4. Lee, Aileen. “Social Proof Is The New Marketing.” TechCrunch. N.p., 27 Nov. 2011. Web. 07 Dec. 2015. <http://techcrunch.com/2011/11/27/social-proof-why-people-like-to-follow-the-crowd/>.] and it affects just about everyone. People will often look to the actions of others when modeling their own behavior. The same stands true for investments. If one foreign investor has faith in an organization, others will often look to that organization for their future investments as well. So even when a company might not be that exciting—fertilizer, anyone?—a foreign investor can make it more appealing in the eyes of the public.

Incentivizing Foreign Investments
The global expansion of the economy makes it easier to gain access to these investors. In addition to programs like the Foreign Investment Promotion in Idaho, the federal government has implemented incentives for foreign investors such as the EB-5 visa program, as well as international trade fairs like the Expo Database.

Another unique way to meet these foreign investors, especially if you’re in the manufacturing industry, is to look to international trade fairs. Sites like the Expo Database [6. http://www.expodatabase.com/] allow you to search out these fairs and meet up with investors who might be interested in getting involved in your business. Databases can compile news from different trade fairs, so investors—like Wilson seeking out chicken manure in America—can find out where they need to go to pair up with the right suppliers and investors.

Getting Necessary Funding for Necessary Industries
You don’t need to be an exciting business to get the attention of foreign investors. In fact, something as straightforward as textiles or manufacturing is probably more appealing, as these are worldwide markets that everyone understands. Often, using foreign investors to boost your company’s profile can get you the funds you need, while also making your company more appealing in the public eye.

One thing that these foreign investors often like to see is that the company has a strong vision for the future. For that, many companies partner with us for our Comprehensive Independence Builder Program, to create a plan designed to improve everything from company culture to company strategy. Contact us today to learn more about how we can help.