This Is Not Your Average Mentorship: Uncommon Mentor-Mentee Pairings Can Have Unique Benefits for Your Company

It Doesn’t Take a Zombie Apocalypse to Get Employees to Work Together – But It Helps: Team Building That Actually Strengthens Collaboration and Engagement

How Far Does Accountability Reach? What Emerging Leaders Can Learn about Ethics and Oversight from Real-World Scenarios 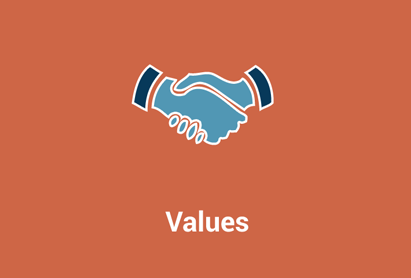 Over the last few decades, we’ve seen more and more corporate leaders leave in disgrace due to ethical and legal violations. The need to be ethical in business has taken on a new level of urgency in today’s economic climate. With CEOs doing everything from fudging their resumes to committing outright fraud, these highly publicized cases have caused some of the nation’s top leadership schools to take notice and act to prevent such incidents in their newly-minted graduates[1. “A Promise to Be Ethical in an Era of Immorality,” http://www.nytimes.com/2009/05/30/business/30oath.html?]. The Wharton School of Business has expanded their ethics curriculum significantly, more than doubling the staff teaching these courses, and new MBA graduates from Harvard are now signing a “pledge to be ethical” on a small card that can be placed in the graduate’s wallet or pocket, so they can look at their pledge in times of ethical conflict.

However, this new focus on ethics education won’t mean anything if new graduates aren’t able to align their education with real world experience. And oftentimes, the hardest lesson for emerging leaders to learn is when to take responsibility, for what, and to what degree. The answers to these questions are often so ingrained in the specifics of of a situation that they can be difficult to grasp in the abstract, let alone applied when an unexpected ethical dilemma is encountered. So is there any way for new leaders to grasp how far, and for what, accountability should reach before coming face to face with their own ethical conundrums?

Yes. The fact is, leaders around the world answer these questions in their own career every day, and the extent to which businesses and those steering them take on – or don’t take on – accountability at various levels can be the best learning tools new business leaders have.

When an ethical error goes public, we often see a game of “blame hot potato.”’ No one wants to hold it for long before they try to pass it off to someone else. No one wants the responsibility of addressing the ethical problem. But the fact is, those who know and do nothing – or choose not to find out – are just as culpable as the people who behaved unethically in the first place.

Just ask Yahoo. Not only did a small embellishment on former CEO Scott Thompson’s resume cause him to lose his position, but it also put Yahoo at risk for fraud charges.

Scott Thompson was new to his role as CEO when scandal broke out. He initially seemed to be the perfect candidate for the company in the midst of a financial turnaround, holding degrees in both accounting and computer science. The problem was, the computer science degree wasn’t real. While resume padding may not seem like a big deal, it becomes one when a company is publically traded. Thompson’s false credentials were added to their filings with the U.S. Securities and Exchange Commission (SEC), making Yahoo potentially guilty of fraud[2. “Yahoo confirms CEO is out after resume scandal,” http://money.cnn.com/2012/05/13/technology/yahoo-ceo-out/].

There were two failings here. First, Scott was not transparent and honest about his qualifications; that much is clear. The second ethical failing lies in oversight. Yahoo had a responsibility to vet their upper management’s credentials, to ensure that they were being transparent with their shareholders. They failed to do this, and their oversight became an ethical black mark.

In the age of digital information, no small secret stays secret for long; the need for transparency in the workplace is obvious. Companies setting up leadership development need to encourage transparency in their leaders, making it clear the truth should always be forefront. But ignorance of the truth from a failure to exercise due diligence is never an excuse, regardless of whether you’re dealing with shareholders, customers, or employees.

Apple is another company that knows this first-hand. While the widely-loved brand enjoys a mostly squeaky clean image in the U.S., Apple has faced serious criticism about inhumane working conditions in the Chinese factories where thousands of workers manufacture Apple parts. In 2010, 14 Chinese workers committed suicide after protesting the dangerous working conditions of Apple’s major supplier Foxconn[3. ”Apple’s Supplier Labor Practices In China Scrutinized After Foxconn, Pegatron Reviews,” http://www.forbes.com/sites/connieguglielmo/2013/12/12/apples-labor-practices-in-china-scrutinized-after-foxconn-pegatron-reviewed/]. Rather than use Foxconn as a scapegoat, and allow the looser Chinese labor restrictions to protect them, Apple took the ethical route. They set up an independent team and evaluated the labor practices of all their suppliers. On receiving notice that the company was violating labor policies, as well as Apple’s own safety standards, Apple made changes to ensure that Foxconn would reduce working hours and increase safety standards at all plants making Apple products[4. “Fair Labor Association Begins Inspections of Foxconn,” Aug. 2012, https://www.apple.com/pr/library/2012/02/13Fair-Labor-Association-Begins-Inspections-of-Foxconn.html].

Foxconn wasn’t just making Apple products at the time. They were making products for other major tech giants like Dell, Sony, and Nokia. But Apple was the first company to take responsibility for the actions of their suppliers and took steps to correct it. As a result, Apple came out the winner compared to its competitors and was able to recover from the bad publicity.

This is a teachable moment for new graduates to put their own business ethics into practice. When a violation is seen, it needs to be addressed and it needs to become everyone’s responsibility, regardless of the size of the problem. As was the case with Apple, proactive ethical responsibility will pay off in the public eye and in the minds of your customers.

The most important thing to come out of many of these scandals was the opportunity for teachable moments. When a news story breaks, where a company is under fire for ethical violations, companies should make a point of discussing these breaches with their new leaders, to ensure that these leaders can see business ethics in shades of black and white, and not shades of grey.