Capabilities Required To Have Good Conflict Or Intense Fellowship

From Micromanagers to Pushovers: How to Manage Four Styles of Toxic Leadership 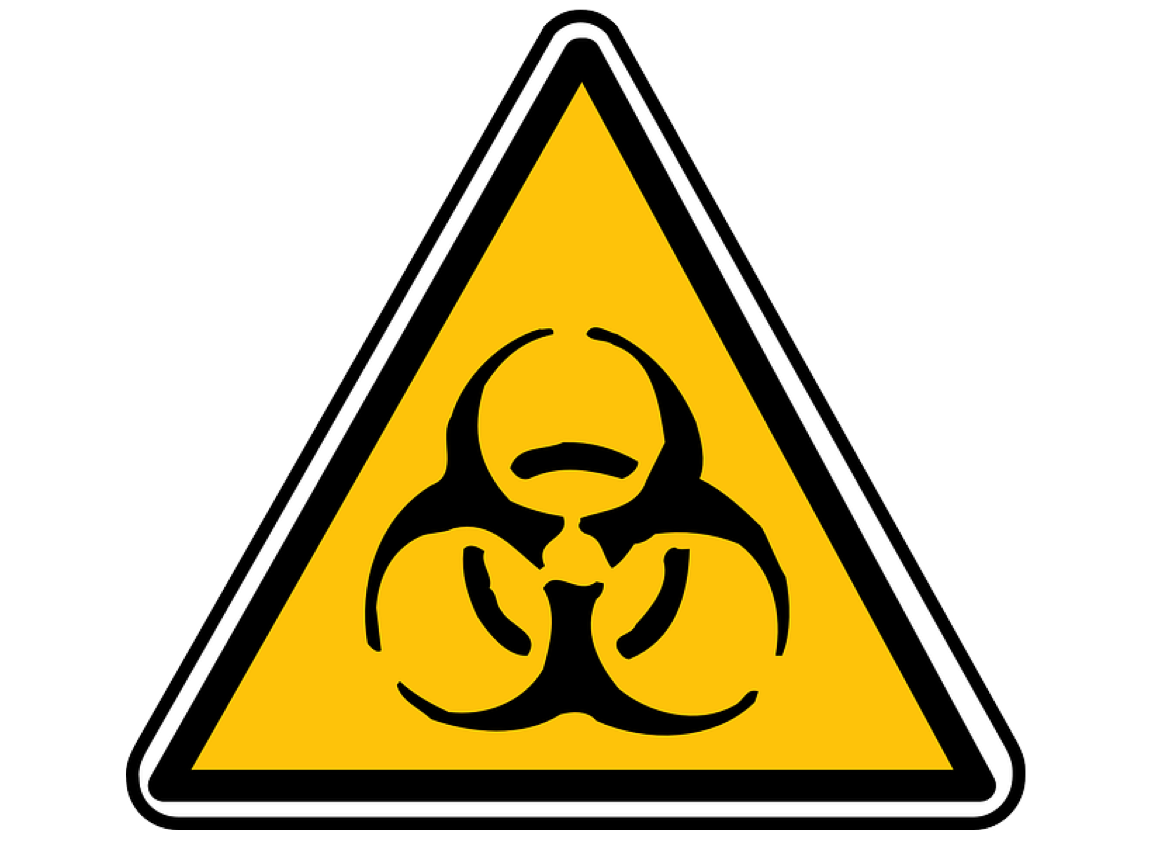 New and old leaders alike can develop toxic habits in their leadership style that they need to learn to recognize and correct. Image Source: Pixabay user ClkerFreeVectorImages

New and old leaders alike can develop toxic habits in their leadership style that they need to learn to recognize and correct. Image Source: Pixabay user ClkerFreeVectorImages

At some point or another, we’ve all probably worked under a toxic leader. Whether they micromanaged your every move (“15 minute intervals for time reporting seems too lax–let’s move to 10”) or were unresponsive to your feedback (“I don’t have time to read all the suggestions that fly at me everyday; we have deadlines to meet!”), leaders can develop harmful habits in their leadership style that they need to recognize and correct before it hurts employee morale and impacts productivity. Management must be able to recognize these “red flag” traits in leaders and be prepared to correct them before they create a unhealthy working environment. Good career coaching means being able to recognize the indicators of toxic leadership styles and create a coaching plan to correct them.

The first type of leader that companies will find toxic might not seem like a bad type. They’re the micromanager, the leader who needs to review everything their employees do. However, a micromanager can become a huge problem for a company’s bottom line. The case of Volkswagen and their ex-CEO is a great example of micromanaging gone haywire.[1. “NEWSMAKER-Details catch up with VW’s micromanaging CEO,” http://www.dailymail.co.uk/wires/reuters/article-3246642/NEWSMAKER-Details-catch-VWs-micromanaging-CEO.html]

By all accounts, Martin Winterkorn was a hands-on CEO. In fact, he was so involved that on one trip to a Volkswagen factory, he insisted on inspecting a large amount of chrome parts before he would allow the launch of a new vehicle model. That might just sound like a thorough leader, but consider the fact that by the time those parts were made, they’d already gone through millions of dollars in testing and development by a highly capable staff. Winterkorn’s move was less about quality assurance and more about not trusting his employees. This type of behavior often led to the company underestimating market demand and created significant production delays, which prevented VW from being able to keep pace with their key competitors.

A micromanager is easy to spot, as they tend to miss deadlines or become overly concerned with small, unimportant details. They’ll check in on tasks that they designate to others almost constantly, and they’ll take on lower level tasks that are far below their pay grade. At evaluation time, their employees will all be reported strictly as “middle of the road,” not because they are, but because their micromanager never gave them a chance to excel.

Ironically, the best way to manage a micromanager is to micromanage them. Their tasks should be segmented for them, and assigned to their employees without asking for their input. This accomplishes two things. It forces them into the shoes of their previously micromanaged employees, and it makes them realize that when employees are allowed to do a task, they’ll often perform better than expected. After a few rounds of this, the micromanager will often release the reins and let other employees do their jobs themselves.

Micromanaging is often one of the easier problems to fix, as it’s usually a result of inexperience. Showing the micromanager they can trust their team is often all they need to start delegating.

Teach Diplomacy to the Tyrant

Closely related to the micromanager in terms of leadership style is the “tyrant.” The tyrant won’t just micromanage employees; they will also be uncompromising when they do it. These types of leaders are major morale killers and need to be corrected immediately to prevent problems or even workplace bullying lawsuits.

Take the case of Pretty Girl Clothing Store, in Brooklyn, NY.[2. “Man named Osama wins $4.7M lawsuit,” http://www.nydailynews.com/new-york/brooklyn/man-bullied-called-bin-laden-wins-4-7m-lawsuit-article-1.1821229] This company is now on the hook for a $4.7 million jury award after it failed to mediate the tyrannical and inappropriate actions of an employee they placed in a position of authority: their security guard. The security guard used his authority as a way to intimidate a sales clerk, and eventually, that intimidation led to an altercation that put the clerk in the hospital. One of the first signs that you’re dealing with a workplace bully is that they act like a tyrant in their leadership position and often abuse their power.

A person who is a tyrant in the workplace will often believe they’re above reproach. They’ll frequently ignore company policy and blame errors not on themselves, but on incompetent coworkers. They’ll often have multiple complaints lodged against them by their subordinates. A tyrant leader behaves pretty much how you’d expect a tyrant to behave.

At best, putting someone like that in a position of power can hurt morale, and at worst, open your company up for legal action. If you see the early signs of a dictator leader, the best approach is to take some power away. Give that leader a “leader in common” position where they’re expected to lead jointly with someone else who has a gentler leadership style. By placing a tyrant in a position where they must learn to get along diplomatically with someone else, they’ll be challenged to adjust their behavior or step down.

On the opposite end of the spectrum from the tyrant is the pushover, an individual so eager to please that they don’t know how to control their employees and keep them productive. They’re afraid to speak up when things are bad and often wind up making no impression at all on the leadership of the company.

Take the case of Ub Iwerks.[3. “Was Walt Disney A Saint, An Evil Sinner Or The Devil Incarnate?” http://www.awn.com/animationworld/was-walt-disney-saint-evil-sinner-or-devil-incarnate-truth-about-some-those-nasty] Despite the fact that he was the creative force behind Mickey Mouse, most people haven’t even heard of him. Mickey Mouse may be synonymous with Walt Disney, but the famous cartoon was invented and mostly drawn by Disney’s lesser-known partner, Ub Iwerks. However, Disney had a far more aggressive personality and wound up being the face behind the iconic mouse. This eventually led to a rift between Disney and Iwerks, and Iwerks left Disney to open his own cartoon studio (which eventually failed).

What would have happened if Iwerks had been more aggressive about his involvement in the creation of Mickey? Would we be vacationing at “Iwerks World” today? Would Iwerks have been more than just a footnote in Walt Disney’s biography? We’ll never know.

A pushover leader might have a lot of talent, but they’ll rarely be able to shine because the people around them overpower their voice. If you’re dealing with a pushover, you’ll probably find that the team lacks productivity. Employees might not turn in work on time, or might even ignore work completely, because they know there won’t be disciplinary action. Often, a pushover leader will be more concerned about being liked than being respected, which will keep them from reaching their full potential.

With a pushover leader, the best stance is to take an aggressive stance with them. Address the problem head on and point out your main concerns. If the employee is newer to management, then they might need a bit more training to become assertive. However, if they’ve been in their role for a while, you might need to consider that you’re not dealing with a pushover leader, but an unengaged one.

A few unsettling facts about unengagement.

The unengaged leader is a lot like the pushover, in that they rarely correct employee behavior and allow production to slide. However, their motive is different. While a pushover might be more interested in pleasing people, the unengaged leader just doesn’t care. They’re far more interested in “flying below the radar.” Unfortunately, that flight often leads to a crash and burn.

For this, we return to the case of Pretty Girl Clothing Store, the company who lost $4.7 million after a troubled security guard attacked a store clerk. The employee won so much partly because he’d brought up previous, smaller issues to the store manager before, and his complaints had been written off as nothing more than banter between employees. No mediation was held between the two workers, and the security guard was not reprimanded. The manager’s failure to act was the main cause of the former employee being awarded such a high-dollar settlement. By simply doing nothing, he nurtured a hostile work environment, and the court held the employer more responsible than they did the worker who’d attacked the plaintiff.

If you’re dealing with an unengaged manager, you’ll deal with a lot of the same problems as a pushover manager, such as a lack of productivity and missed deadlines. Additionally, you might see that the unengaged leader’s employees go to other managers with their problems and requests.

Often, getting to the root of the problem is the key to understanding an unengaged leader. For many, job dissatisfaction is the cause. Maybe the employee no longer feels challenged in their position, or maybe they never really liked the position to begin with. The best remedy for this is to take decisive action. Make it clear you’ve noticed that they’re no longer engaged in their work and make it clear that the problem needs to be corrected. Put the responsibility on the unengaged leader to fix their behavior and if it fails to happen, follow through by removing them from the position.

Work With the Willing

As long as a leader is willing to learn, whether they’re a tyrant, a pushover, or just uninvolved, there are corrective actions that a company can take in order to get that leader back on the right track. However, if that individual is resistant to making needed changes, you might need to reconsider whether or not you want them in a leadership position. These kinds of leaders are considered toxic because the people under them will eventually emulate their behavior, which can cause major problems later on. Correct the problem at the root when you can.

At Applied Vision Works, our 35 principles of leadership can get your leaders back on the road to success by instilling a foundation of key values. If you think that you have a potentially toxic leader, or just want to brush up on your skills, consider our leadership coaching as a resource.