From Raleigh to Your Office: Change Your Perspective and Embrace the Platinum Rule to Achieve Success for Your Clients and Your Business

Taking Action for Change in Charlotte: How One Local Chain Is Leading by Example 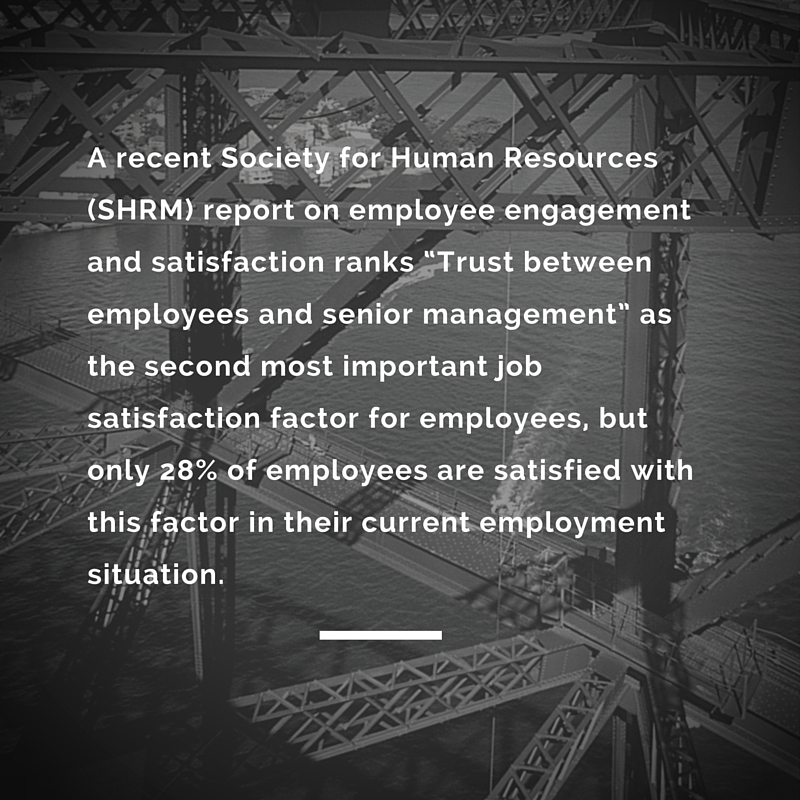 Clearly the restaurant in this story is demonstrating that their employees can trust their actions.

As children in the schoolyard, we were told to act as leaders and stand up to bullies. Unfortunately, it seems like this lesson often goes out the window once we grow up and enter the workforce. Luckily, that’s not the case for one Charlotte-area restaurant chain, which has decided to take action against a corporate bully. Charlotte’s Queen City Q, a local barbeque chain with four locations, has organized a boycott of Anheuser Busch (AB). The restaurants will no longer carry AB products in any of their restaurants.

While many small brewers have complained about Anheuser Busch’s strong-arm tactics, distributors feel they can’t fight against the beer behemoth. [3.Kieler, Ashlee, “Anheuser-Busch Distributor Incentive Program Raises More Concerns Of A Stifled Craft Beer Market.” Dec. 10, 2015. http://consumerist.com/2015/12/10/anheuser-busch-distributor-incentive-program-raises-more-concerns-of-a-stifled-craft-beer-market/] However, by taking concrete action in the face of injustice, the owners of Queen City Q are demonstrating excellent leadership in action, whether or not they manage to change AB’s predatory marketing tactics.

Leading by Example
When Anheuser Busch began to pressure distributors who carried smaller beers, Queen City Q faced a challenge. They needed to decide how to respond to this threat to their friends and colleagues in the craft beer industry. Company leaders reacted by coming up with a positive action that can change the situation, and the industry, for the better.

For many leaders, there’s a temptation to avoid taking action. Uncertain leaders take refuge in meetings, reports, and study committees, or they bury themselves in words to avoid taking strong action. However, these same leaders would be furious if their employees utilized similarly evasive tactics when dealing with clients. Strong leaders can’t expect their employees to act decisively if they avoid action themselves. Strong leaders need to lead with their own actions.

This sort of action-oriented leadership is inspirational for the rest of the organization. If your employees see you making personal sacrifices for the good of the company and the world, they’ll see that you think your corporate ideals are worth that sacrifice. They’ll be more engaged and more enthusiastic about the corporate mission. Your actions can transform your organization and encourage your employees to give their full effort to their jobs.

For example, Queen City Q is making a tangible sacrifice to support their friends in the craft brew industry. By removing popular favorites from their menu, they’re sacrificing sales and possibly customers to send a message to Anheuser Busch. They’re demonstrating that their company ideals and their colleagues’ businesses are more important to them than outright profit.

Clearly the restaurant in this story is demonstrating that their employees
can trust their actions.

Encouraging Engagement through Concrete Action
Think about how Queen City Q’s actions will affect their staff. Management’s bold stance will give employees a sense of pride in their workplace. Queen City Q staff can say, “We stand up for what’s important.” The move will also increase the staff’s trust in management. Both employees and customers will see that the company cares about other people and doesn’t intend to simply put themselves first. It will set an example for how people involved with Queen City Q should deal with adversity and injustice.

Now, imagine a different restaurant chain. Management at this second chain might also be disturbed by Anheuser Busch’s tactics. This chain may have a series of meetings to discuss how the tactics worry them. However, this second chain continues to carry AB products and deal with AB distributors. Ultimately, they simply tolerate the shrinking craft beer menu while lamenting the loss of old favorites. What can they do? After all, AB is so strong, and they’re just a small, regional chain.

How does the failure of these managers to act affect staff morale? Employees see a management team that caves in the face of adversity and feels helpless when pressured. Do you think their employees will take pride in the company, or feel like they can trust and depend on management? Of course not. The decisions that a leader makes in the face of adversity affect the whole tone of the company and the staff, even if the problem isn’t one that directly affects the lives of the employees.

Be the Leader You – and Your Employees – Admire
There’s no such thing as a “born leader.” Everyone needs to learn how to lead, either from the examples of other leaders in their lives or through some sort of leadership training. The ability to make bold decisions and take concrete action isn’t magically imparted to you at the moment that you take a management position.

You don’t have to master bold, action-oriented leadership on your own. With programs from Applied Vision Works like the Leadership Challenge, you can master concrete ways to take action in difficult situations, inspire staff, and create a cohesive corporate culture. To learn more, contact us today.