It’s Time to Get Hip: Become a Modern Leader by Fostering Collaboration and Communication in Your Organization

The Power of Grief: How Compassionate Leaders Transform Tragedy into Triumph 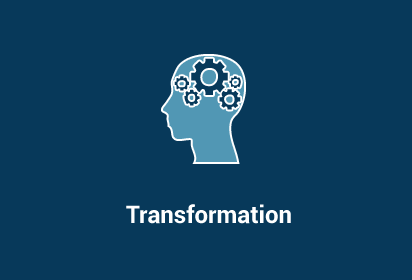 Companies in today’s business environment need to be adaptable. At any given time, a new market and new opportunity can open up, which can make an organization need to significantly change their strategy in order to properly leverage markets that may have different needs and are coming from different backgrounds culturally, economically, and historically. A strategic planning process will allow most companies going through major changes to quickly adapt and expand into new markets. As globalized business becomes more common, transformational strategies will be needed to implement these global initiatives.

Globalization as a Trigger for Change

One excellent example of change spurred by moving into new global markets is Netflix, who recently announced plans to expand their services to focus on a Japanese market.[1. “Japan Offers Netflix their Asian Debut,” Sept. 1, 2015, http://www.cnbc.com/2015/09/01/japan-offers-netflix-its-asian-debut.html] This expansion required that they transform several key areas of their business, including marketing, competitive analysis (while back home, Netflix had the advantage of being one of the first to the table with streaming, in Japan, they’ll be trying to pull market share away from already established streaming companies like Tsutaya and Yahoo subsidiary GyaO), and customer service (for instance, Japanese customers have learned to expect instant and constant access to the companies they interact with, with personal information and home or cell numbers common on business cards).

Going global is a major trigger for change, but luckily, it’s a predictable change that allows leaders to come up with a great transformational strategy to serve a new market. There are three key strategies to focus on in order to make this change as seamless and successful as possible.

A company must have clearly defined goals as part of their transformation strategy and these goals will need to be unique to their company. While the general goal is always to be profitable, in order to be successful, companies need to create goals that are unique to them and what they provide. To flourish in Japan, Netflix will need to look at what’s unique about them to create the best vision.

They could look to KFCs success in Japan as an example. Fried chicken isn’t exactly a staple in most diets there, but by using what was unique about them, they created a tradition that many people in Japan have been following since the 70s. They created the “Kurisumasu ni wa kentakkii” aka “Kentucky for Christmas!” marketing campaign. Despite the fact that less than 1% of the country even celebrates Christmas, this still caught on as a yearly tradition. This helped KFC gain traction in the Japanese market and today, they’re one of the more popular fast food franchises available.[2. “Why Japan is Obsessed with Kentucky Fried Chicken on Christmas.” Dec. 14, 2012. http://www.smithsonianmag.com/arts-culture/why-japan-is-obsessed-with-kentucky-fried-chicken-on-christmas-1-161666960/?no-ist]

Finding that unique angle can often be replicating what’s been successful for a company in the past. In the U.S., one of Netflix’s biggest strengths has been a focus on creating Netflix-exclusive content. Tsutaya TV already has the market for streaming cornered, with services for both local and international streaming. What they don’t have is content exclusive to Tsutaya.

By looking at what has worked for them before, and focusing on a hole in the market, Netflix can create a new vision. Instead of just being a popular streaming service, their vision might be to create new, exclusive shows—produced by and available only on Netflix—aimed at Japanese audiences. While their overall goal might be to corner the Japanese market, their vision to get there could be to become a well-known provider of exclusive local content. By creating a vision where they provide exclusive content in Japan, using the same strategy that made them popular in America, they can gain a foothold in Japan, which will help them reach their ultimate goal of breaking into the Asian markets.

Align With the Local Market

When going global, companies need to become immersed in the culture of the region they hope to break into. In the case of Netflix, their overall goal is to become a leader in the Asian market for streaming shows. By focusing on Japan as their first step, they’re able to become aligned with the culture as their plan grows.

In this, Netflix could take a page from Coca-Cola’s book. Coca-Cola is one American company that has successfully managed to crack the Japanese market. In fact, they take about 60% of the market share for for soft drinks in Japan. When Coca-Cola was trying to catch on with the locals, they did everything they could to immerse themselves in the market, using popular Japanese celebrities to market their product, and getting involved in the community through efforts like “Keep Japan Beautiful” in the early 1970s.[3. “Innovation, Resilience Key to Coca-Cola Heritage in Japan.” Dec. 14, 2012. http://www.coca-colacompany.com/coca-cola-unbottled/innovation-resilience-key-to-coca-cola-heritage-in-japan/]

Like Coca-Cola, Netflix will need to research this market, to find out what people want and how they will provide it to them. This could involve hosting Japanese focus groups, and coming up with a few pilot ideas that people in this region might be interested in. This could also involve teaming up with companies that the locals already trust.

In Japan, a lot of clout comes with a company name. It’s not unusual for people to introduce themselves with their name first, followed by the name of the company they work for. How reputable and well known that company is can determine someone’s social status, their ability to get a loan, rent an apartment, and more. Established relationships are incredibly important in Japanese culture, which is why it was important for Netflix, a relative newcomer to the Japanese business scene, to partner up and share the reputation of a more established company.

Netflix has taken the first step toward this by pairing with Softbank, a highly popular technology company in Japan. Softbank is already a trusted provider of smartphones. As part of the plan, Softbank will be adding the Netflix app to all smartphones released after October.[4. “Netflix pairs with SoftBank in preparation for Japan launch,”Aug. 24, 2015, http://streamdaily.tv/2015/08/24/netflix-pairs-with-softbank-in-preparation-for-japan-launch/] In doing so, Netflix is aligning with a local market by aligning themselves with a technology brand the market trusts.

Leaders need to take a solid inventory of the human capital they have at their disposal, and focus on those individuals in their organization who are leaders. The people that other employees already look up to can become part of a change leadership team, in order to make the company as a whole embrace the major changes in their organization.

Key personnel will need to be involved in and enthusiastically embrace the process in order to rally similar enthusiasm and support from the rest of the company. For instance, Netflix might choose to provide viewing parties of popular Japanese movies, or trips to their center of operation in Japan in order to get their personnel to embrace the change and look forward to it.

It’s also important to prepare the market for the change. If you’re a Netflix user, you might have noticed an increase in Japanese offerings available from their streaming service. This was a strategic move designed to get all markets, including the U.S. one, familiar with the new services they will be providing overseas. It’s a matter of integrating markets, in order to gain the maximum exposure out of them. By blurring culture lines and making these Japanese shows go mainstream in the U.S., newer viewers in Japan might check them out to see what all the fuss is about. Word of mouth travels fast on the internet and Japanese audiences will be far more likely to try out Netflix if there’s already a lot of talk about popular exclusive content available on it.

Getting everyone embracing the change and looking forward to it will allow leaders at Netflix to transition much more easily to a new market. By having a strategic planning process that involves using the human capital at their disposal, companies can ensure the transformational strategy is a transparent one.

The fast pace of today’s business world has led to a need for rapid transition from old ideas to new. When managed correctly, a business transformation can expand the company’s reach while also expanding employee boundaries and comfort zones. Leaders in such an environment need to lead by example, by embracing the company vision and the changes needed to break into new marketplaces, and encouraging others to do so as well.

One of the most valuable resources a company can have during times of massive transition is experience. The problems most companies face is they don’t have access to this specialized experience in managing a major transition. At Applied Vision Works, we offer a Strategic Planning Program that will allow any company going through major changes learn how to create a vision and manage the execution to achieve it. Contact Applied Vision Works to learn more!