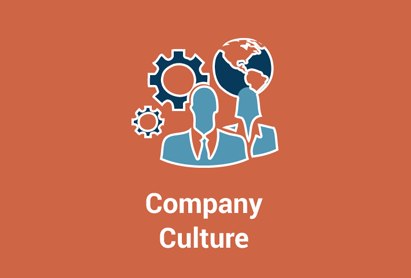 My first work experience after graduation was in a departmental office at my university. In most ways, it was a pretty nice job. The pay and benefits were good, the work was interesting, and most of my coworkers were nice people. There were only two problems: Rick and Martha. Our office only had 10 people, and these two were bringing it down. Their main hobbies were griping and complaining. Whenever a new project came up, they fretted and revisited things that had gone wrong years ago. They bad-mouthed the boss behind her back (though they were syrupy sweet to her face). They regularly mentioned how much they hated their jobs and were going to quit any day, but one of my coworkers assured me they’d been saying that for at least the last decade. When 20% of the office complains constantly, it poisons the whole culture: the office had unnecessarily high turnover, hours of lost productivity, and a cloud of negativity hanging over it.

When Annika came in to take over the second-in-command position after the previous leader retired, she decided to do something about the culture of complaint in our office. But how could anyone change Rick and Martha?

Complaints can be good sometimes. It’s important for your employees to speak up when they see dangerous practices, spot inefficiencies, or know about a toxic interpersonal situation. However, there’s a big difference between reporting a problem and chronic complaining. When employees report problems and expect to see them corrected, it strengthens company culture. But chronic complainers don’t expect, or even want, a solution.

If you let chronic complaining become the norm, you replace a can-do attitude with a cacophony of can’ts and don’ts. When culture suffers, morale suffers, and when morale suffers, productivity plummets. The surprising bottom line is: you can’t have a successful company if the culture is gripe-driven.

A New Manager in a Toxic Culture

When a new manager enters an office with a toxic culture of complaint, she needs to tackle the offending behavior immediately. The gripers have momentum on their side. If she lets them continue as they have been, she’ll lose her chance to improve the office atmosphere. While experts acknowledge it’s impossible to turn around an environment on a dime, they do recommend zeroing in on the one most problematic behavior, and trying to change it. Annika had to zero in on the culture of complaint.

To make this kind of change, the manager must:

In my office, Annika decided to replace office griping with a culture of “Inform, Encourage, and Inspire.” Going forward, she wanted everyone to let her know about problems as soon as they occurred. She’d work with us to create action plans and timeframes so we could correct issues. However, once an issue had an action plan, there was no reason to complain anymore, since we were working to deal with it.

Annika also wanted to see a culture of encouragement, not griping. She was quick to offer encouragement herself, praise people who encouraged others, and reminded serial gripers to use constructive criticism and positive reinforcement to make changes. While it took time for everyone to get on board with these changes, they started making a huge difference within the first two weeks. The dark cloud lifted, and the office was suddenly a much more pleasant place to work.

Finally, Annika took concrete steps to inspire everyone in the office. She made sure each person, even Rick and Martha, understood how our jobs fit into the larger university. She let us know our work was important to her and to the organization as a whole. When anyone backslid into complaining mode, she reminded them of the larger mission and helped them redirect their energies. Within six months, she had successfully turned around a culture of complaint and created a positive, team-oriented culture of support.

Is there a problematic behavior creating negative effects on the culture in your office? Applied Vision Works can help you identify the roots of the problem, find a solution, and adjust employee behavior to create a positive, productive culture that will help your business thrive.